Spoofing is a method used by cybercriminals to pose as a reputable or well-known sources. Spoofing can take many different forms, such as fake emails, calls, DNS spoofing, GPS spoofing, websites, and emails. By doing this, the criminal can interact with the target and get access with the ultimate purpose of stealing data or demanding money or infecting the device with malware or other malicious software.

Cybercriminals may receive information from spoofing attacks and packet sniffing that will increase the effectiveness of their attacks. Spoofing can be the beginning of a malicious campaign and reveals a worker’s vulnerability to a specific attack. The threat actor can analyse network data that may be sensitive or contain unique credentials that permit additional network access through packet sniffing. You may provide a more secure network and reduce potential security risks by being aware of these dangers.

A threat actor can use spoofing to impersonate someone else in order to enter our system, spread malware, steal data and sell on the black market. Address spoofing and DNS spoofing are two examples of spoofing.

To represent every language in the world on computers, Unicode was created.
Unicode is a global standard that can be 8-bit, 16-bit, or 32-bit in size. Each character utilises a unique integer between U+0000 and U+10FFFF.
A code point is given to numbers, mathematical symbols, well-known symbols, and characters from all languages. For instance, the English letter “A” is coded as U+0041.

Punycode is a representation of Unicode that uses only a small subset of characters from the American Standard Code for Information Interchange (ASCII) that are used in hostnames on the internet. Punycode attacks are one-of-a-kind attacks that deceive people into visiting websites that appear authentic but actually contain a Punycode in the URL.
For this attack vector, certain browsers have begun to apply security solutions, however not all of them consistently operate. 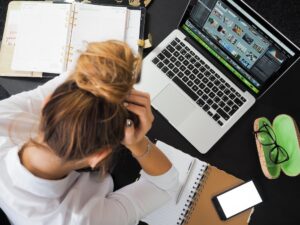