How do you cyber attack?

How do you cyber attack? 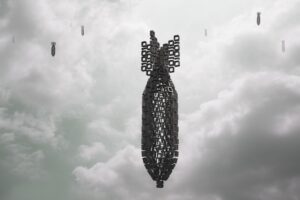 How do you cyber attack? Let’s understand the plan for a cyber attack. Having this knowledge and being able to articulate it to coworkers is a valuable asset. Researchers in cyber security understand what motivates cyber attacks. Cyberattack victims are not using robust security measures. It’s intimidating how many different kinds of cyber attacks there are and how complicated they may be. The idea that achieving some compliance framework will guarantee data security is appealing to under-resourced CISOs. However, the issue is getting worse as new computers and online technologies are developed.

Simple malware infections have given way to more organised, criminal, and nation-state-level attacks in cyberspace. Denial of service (DOS) attacks on an entire nation is now widely seen as pre-war manoeuvres. Today’s espionage operations rely heavily on malware and zero-day exploits. The new objective is to get undetected, persistent access to the opponent’s computer networks. Cyber attacks in the modern era can be devastating to businesses and organisations. Workers should be tasked with preventing cyber attacks against their company should be able to articulate the value of cybersecurity to upper management.

The hostile actor picks his targets (both systems and individuals) and plans his assault strategy. The attacker could be searching for vulnerable Internet-accessible services or users.

The following further steps could be part of the attacker’s research:

A network has been compromised when an attacker is able to successfully run malicious code on one or more systems. This could be the result of social engineering (often spear phishing), the use of a security hole in a publicly accessible system, or some other tactic. With this step, the attacker ensures that he will continue to have access to the hacked machine. The second compromise occurs soon after the first. An attacker can gain a foothold by installing a persistent backdoor or downloading extra utilities or malware on the victim’s PC.

The attacker’s permissions have been raised, giving them access to more sensitive information and systems. In order to gain additional access, attackers frequently resort to techniques like password hash dumping (then password cracking or pass-the-hash attacks), keystroke/credential logging, obtaining PKI certificates, leveraging privileges held by an application, or exploiting a vulnerable piece of software.

Within an organization’s walls, an attacker may conduct what’s called “internal reconnaissance,” where they learn about the structure of the company, the people that work there, and the locations of any relevant data.

Lateral movement occurs when an attacker utilises his privileged access to hop from one compromised system to another. Accessing network shares, running programmes via the Windows Task Scheduler, utilising remote access tools like PsExec, and interacting with target systems via a graphical user interface via remote desktop clients like Remote Desktop Protocol (RDP), DameWare, or Virtual Network Computing (VNC) are all examples of common lateral movement techniques.

The attacker keeps their presence in the target environment up and running. Installing several forms of malware backdoors or hacking into remote access services like a company’s VPN are common ways for adversaries to stay in touch with their targets (VPN).

The enemy has achieved his objective. This typically involves the theft of confidential information such as trade secrets, financials, plans for mergers and acquisitions, or individual names and addresses (PII). Most attackers who have been specifically targeted do not leave the environment once their goal is accomplished. 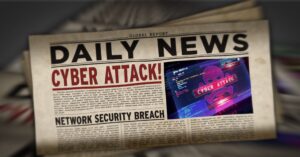